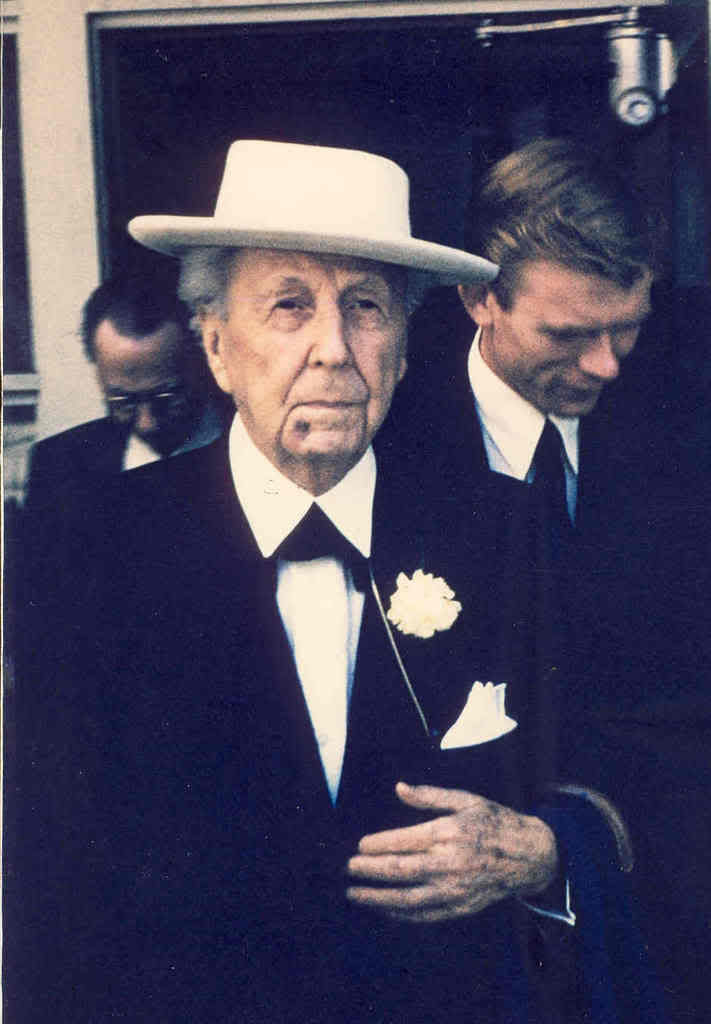 Previous Next
← previous day next day →

Posted by halfback (Rolla, United States) on 21 June 2010 in Architecture.

One day in the summer of 1957 when my first cousin A.C. Donaho was living with us on Middleton Beach Road In Middleton, northwest of Madison, we went to Spring Green and to the high school where Frank Lloyd Wright was sitting on the stage behind William T. Evjue, the editor of the Capital Times, who was giving a long winded political speech, probably on Wisconsin Progressivism. Until Evjue finished talking, Wright was sitting asleep behind him.

Later that day I took a photo of Wright in the basement of the school drawing on one of his perspective drawings in an exhibition there. I took a second photo of Wright coming out the door. This is the photo shown here.

I do not think the mysticism of two of his women or his Unitarianism contributed to his Usonians, but his Wisconsin populist-progressivism did. In a Google search I did not find much on Wright's Wisconsin progressivism. But Wright had two friends in Wisconsin, Robert LaFollette and William T. Evjue who were both populist-progressives. His friends generally held views which at least in large part agreed with his.

Mister Architect is so elegant here !